The name of Rundāle comes from the German place-name Ruhenthal (Valley of Peace).

The Rundāle Palace built during the 16th century was located on the northern side of the pond. It can be seen in the design of F. B. Rastrelli as a small square field with towers in the corners. Rundāle Manor was already created at the end of the 15th century. It belonged to the Grotthus family from 1505 to 1681 and the palace was mentioned in the list of Livonian castles in 1555. Facade finishing components have been found in the territory of the palace – cast fragments and fragments of coats of arms carved in stone dating to the middle of the 17th century. In 1735 Ernst Johann von Biron bought the Rundāle property for 42 000 thalers. 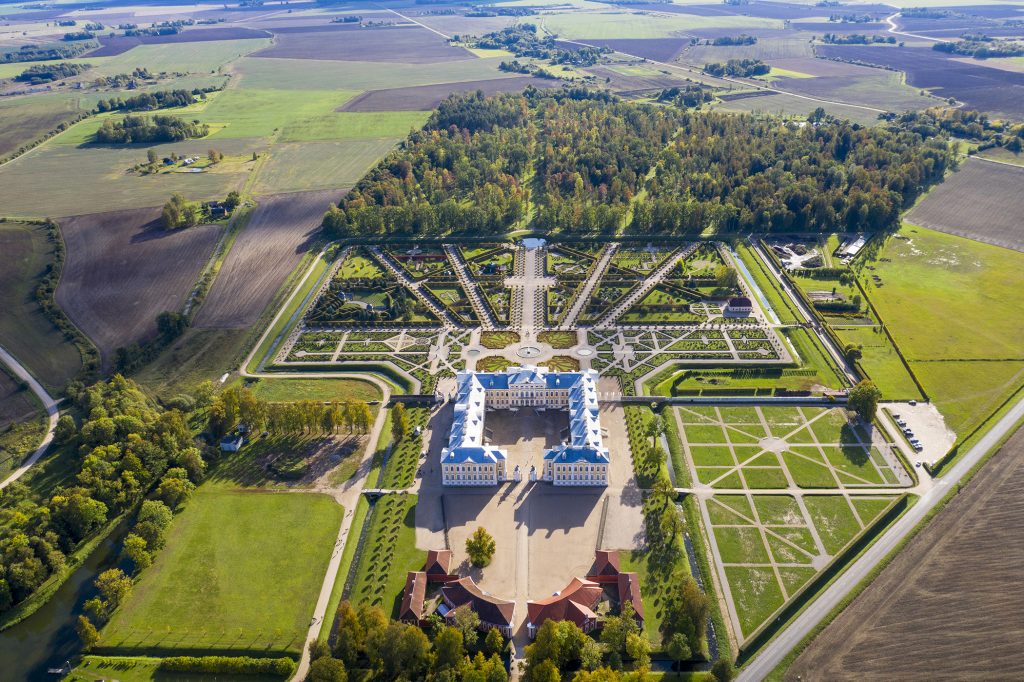 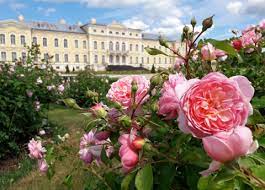