Koknese Castle was one of the largest and most important medieval castles in Latvia. The construction of the Riga Archbishop’s stone castle began here in 1209 and within a short time a huge castle with a forecourt and the fortified town of Koknese next to it was built. During next centuries it became the residence of the Archbishop of Riga. The castle and the town were repeatedly devastated.  Koknese Castle was abandoned after the western towers were blown up during the Great Northern War in 1701 and impressive ruins have survived to this day. 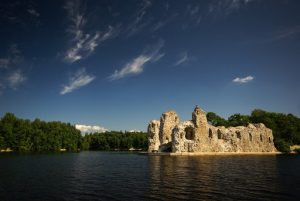 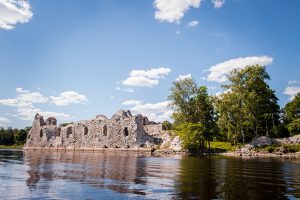