The neglected Soviet era warehouse in Bauska was long used as a storage for unrestored vehicles belonging to the Riga Motor Museum. But visitors to the area were nevertheless drawn to this opportunity to see vintage vehicles and feel the touch of history.

The warehouse was recostructed, expanded, and developed into an exhibition hall in 2011. The exhibition was supplemented with professionally restored antique cars, but a few rusty gems can still be found among the displayed vehicles. For those not interested in a car`s every detail, the exhibition includes a restored artisan`s workshop and interior of an early 20th century landowner`s house.

The new Motor Museum Exhibition in Bauska has been acclaimed by tourist organisations. It is located near three of Zemgale region`s best known tourist attractions: Rundāle Palace, Bauskas Castle and Mežotne Palace. 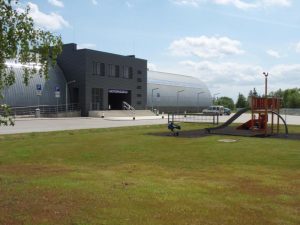 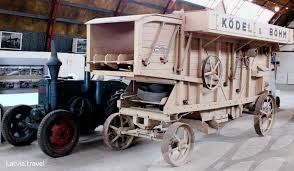